Teitan Press - Forthcoming Titles.
To Return to Our Main Website Go To: http://www.teitanpress.com 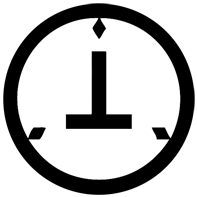 Forthcoming Titles From the Teitan Press


Frederick Hockley, The Metaphysical and Spiritual Philosophy of the Spirit Eltesmo. A distillation of the ‘series of discourses delivered through the medium of a Magic Mirror’ between 1857 and 1860, together with the posthumous communications of Emma Leigh, Hockley’s most powerful seeress. These texts, which have been withheld from publication – and all access to them denied – for one hundred and fifty years, reveal what Hockley really believed about the inner worlds and about the nature of human spirituality.

Frederick Hockley. A Tract on Cartomancy. Small quarto. Approx. 90pp. A facsimile of an original manuscript on "Cartomancy," by Hockley, with a transcription of the text and short commentary. The manuscript is dated 1855, and is a quite unusual work on the subject.

Frederic Hockley [edits etc.] Dr Rudd's Nine Hierarchies of Angels How to bring a visible appearance of them into a Beryll Glass. Also Clavis Angelica Containing the 18 great Calls and Celestial Invocations of the Table of Enoch, transcribed by Fred Hockley. Small quarto. Approx. 140pp. A facsimile of the original manuscript prepared by Hockley, with a transcription of the text and short commentary. With color frontis and title page. Hockley's manuscript is apparently taken from an earlier manuscript version of the work that was said to have been prepared circa 1650.

Frederic Hockley [edits etc.] The Book of Solomon's called the Pauline Art. Small quarto. Approx. 110pp. A facsimile of the original manuscript by Hockley, with color frontis and title page, along with a transcription of the text and short commentary. Hockley's manuscript, dated 1838; of the “Book of Solomon’s, called The Pauline Art" transcribed by him from an earlier manuscript dated 1715.

Robert Turner, edited etc. by Frederic Hockley, Ars Notoria the Notory Art of Solomon, Small quarto. Approx. 160pp. A facsimile of the manuscript by Hockley, with a transcription of the text and short commentary. It was transcribed, with additions by Hockley, from the edition of translation published by Robert Turner in 1656.


& others yet to be announced

Receive Email Notification of New Releases by the Teitan Press.

If you would like to receive an email notification of New Teitan Press titles as they become available, simply send an email with the word "subscribe" in the subject-line to books@weiserantiquarian.com who handle our retail sales. You can have your name removed from the list at any time, simply by asking, and of course Weiser Antiquarian Books will not re-supply your details to anyone.

Please Note: if you already receive email announcements, catalogs etc. from Weiser Antiquarian Books there is no need to re-subscribe, as you will automatically receive Teitan Press notices from them.

To Return to Our Main Website Go To: http://www.teitanpress.com

Text and Images on this page are © Teitan Press, 2012. No reproduction without permission please.